Facebook video is the holy grail of internet attention. While that may not be an eternal truth, it really pays for most businesses to incorporate Facebook video into their marketing efforts today.

Users are naturally drawn to video vs. still images and text posts in their feeds. And strategically, Facebook wants advertisers to put video content onto its platform instead of arch-rival Google’s YouTube. Therefore, it is currently incentivizing advertisers with especially low costs for video vs. still ads. Even on a tiny budget, you’ll see video costs per engagement at about a penny, while simple event or image post boosts might be in the $1 to $2 range.

So, now that you’re persuaded to check out Facebook video, what are some silver bullet strategies you should consider?

First, you don’t even have to have video to gain improved impressions and click through rates for video content. How is this possible? Several low cost or free platforms allow you to take still photos and add programmatic movement and soundtracks. You’ll find that Facebook treats these types of boosted posts with the same super-low cost per click you’ll get in the video world—around 2 cents per click.

I’ve been using the freemium mobile app RIPL. It’s very easy to take a photo and select moving text to capture user attention. For $9.99 a month you can remove the watermark and add a variety of musical soundtracks.

There are a plethora of other applications available (many PC-based) that perform the same function with varying degrees of sophistication. See https://www.quora.com/What-is-the-best-application-for-making-a-video-out-of-photos.

The takeaway? You need subtitles on your videos. Fortunately, Facebook makes it easy to do this once you decide to run an ad or boost it. Alternatively, you can add captions via file or from YouTube. Mari Smith explains the nitty-gritty in this post under step #10 at https://www.marismith.com/9-tips-for-better-facebook-video-ads/.

Your first three seconds should grab the viewer’s attention with movement and visual appeal. Avoid video title slides and dramatic build-ups like the plague! Edit yourself ruthlessly. If someone saw only the first three seconds of the video, would they want to continue watching? If not, rethink your introduction.

Fortunately, Facebook provides several optional thumbnails for you to select from that serve as the first split-second image a viewer sees, as well as the “catalog” shot that shows the video in your Facebook Page video file index.

Sometimes these canned thumbnails look weird, especially if your video features a person speaking or singing. It’s amazing how often eyes are closed and mouths oddly open! I recommend you take some still shots similar to the first video scenes so you can upload a better thumbnail image if needed. You’ll want to keep it the same aspect ratio as the video, which is typically 16:9. You can put limited text on the thumbnail, but be careful as too much text will penalize delivery (meaning ads become more expensive).

Facebook viewers are scrolling and browsing. It isn’t the place for a longer video. Keep the video under 2 minutes. Many consider 30 seconds to be ideal. If you have a more complex topic that requires more time, break it up into several shorter videos, or lead into more content on your website. As Tanya Smith says, keep it “snackable.”

Don’t be so focused on the video that you forget about the basics of a good social post. Write a strong lead-in post text that poses a question and hints that the video has the answer. Don’t forget your hot links! If you’re promoting an event, link to the Facebook event URL. And always link to your website, and hot link anyone featured in the video.

Second, once you’ve decided to boost the post or run an ad, take advantage and “Add a button” which lets the user click through to “Learn More,” “Shop Now,” “Get Directions,” etc. I’ve seen higher responses from simply adding the Call To Action button than I’ve gotten from spending 5X as much on the advertising budget!

Facebook Live is a live video broadcast feature that works especially well for event-oriented organizations and solo practitioners selling a professional service. Facebook Live videos receive disproportionate views just like regular video. To use Facebook Live effectively include advance promotion since most of the views occur when it’s LIVE. Further, be sure that your broadcast site has excellent Wi-Fi. Outdoor venues frequently have weak Wi-Fi, which results in lower quality video. When video quality is poorer, Facebook won’t deliver to a very big audience. So sprinkle in some Facebook Live into your content marketing plan, but don’t bet the farm on it.

Once you’ve created some compelling video content and optimized it using these silver bullet strategies, it’s time to take aim at your target market and fire off a good ad campaign. Just pick an audience, a budget, and a duration, and you’re ready to hit that penny a response “Bullseye!”

Using these 7 strategies will help get any business started with using Facebook video, which will attract more viewers and followers.

7 Strategies to Get Started Using #Facebook #Video by @LaurieShook #RocksDigital

Have you tried Facebook video? Tell us what you think in the comments below.

Laurie Shook is a marketing director with a passion for social business. As a Social Media Dallas board member, she enjoys bringing speakers and insights to the DFW digital marketing community. 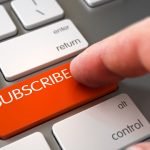 - Previous article « Best Ways to Get and Keep Email Subscribers 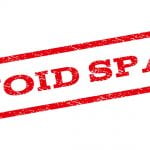 Next article - Don’t Become a Victim of Google Analytics Spam »