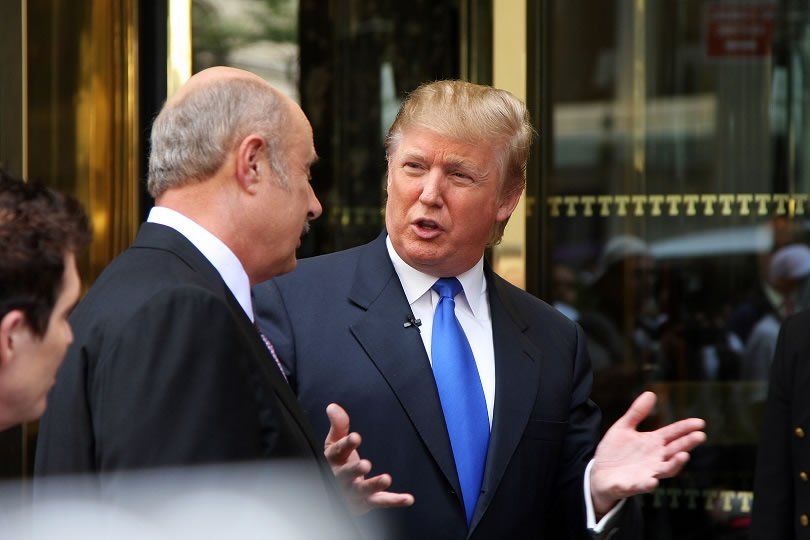 **Editor’s Note: This story was written in good fun. There was no actual interview that took place with Donald Trump. Just as stories on the Onion and other sites publish, this was just for laughs. The goal of the writer was educate business owners about bad data and the impact it has on a local business’s future success in an engaging way.**

Yesterday Donald Trump announced, if elected, he would find ISIS and fire them. When asked about this tactic, he stated, “I don’t know why Obama hasn’t thought of this yet. All you need is good data. Just call Google and verify the address.”

He has already appointed former Celebrity Apprentice reality TV star, Omarosa as his Chief Data Officer for his campaign. He has vowed to create this prestigious cabinet position when he is elected as President of the best, most luxurious country in the world.

“Good data is the most important thing you can do. It’s good business to have people find you. People can find me because I am everywhere, I own everything and I am rich.”

His foreign policy has left some government analysts amiss. He has vowed as president to supply the troops with the top of the line cellphones with GPS and local search apps such as “Foursquare” and “Yelp” to aid in finding terrorists, Trump hotels, and popular restaurants. His military tactic is to find local terrorist hotspots and mark them as public. Then using the best, top-of-the-line drones, he will employ military forces to target their specific hideouts. The former terrorist hideouts will then be turned into Trump towers that will stimulate the local economy. “It just makes sense. It is a win-win for everyone. Especially me.”

Another controversial economic policy Trump has proposed centered around job creation. He has recently pressured Uber to employ all current and former Miss USA contestants as premium drivers. Former beauty pageant contestants have some of the highest rates of unemployment in the country. “They are a suffering minority. I want to get them working again.” Trump declared in a recent blog post. Within weeks of the program’s inception, it was abruptly cancelled due to complaints of drivers getting lost. When a former employee was asked about the recent program shut down, she replied, “I can’t even.” The failed program had incurred $10,000 of damages due to torn upholstery caused by stiletto heels and tiaras.

His campaign has already been fraught with issues, as his new intern, Russian model Milla Vanakovakakov, was hired and fired within 20 minutes. Vanakovakakov mistakenly picked up Caitlyn Jenner’s wig at IBeWeave wig shop on Jefferson Avenue instead of Donald Trump’s signature hairpiece located at a different franchise location. While she blamed the mix up on an incorrect business listing on Google, Trump had little patience for misinformation. They are now engaged and will be married within the next fiscal year.

Trump was alarmingly absent from a few of his first press conferences following his announcement yesterday. TMZ host Harvey Levin reports sightings of Trump in Biloxi, MS at The White House Hotel. When asked for a comment, Trump’s Chief Data Officer curtly states:

“Future President Trump searched ‘White House’ on his mobile device and couldn’t verify the business location before directing his assistants to escort him to the location.”

It’s reported that after 10 hours in the SUV, Trump suspected something might be wrong. He couldn’t remember the driver’s name so he sat quietly, feeling assured that Chief Data Officer Omarosa hadn’t pointed him in the wrong direction.

It will be interesting to see how the Trump campaign pans out for the billionaire. All we know is that it will be the best, most prestigious, most luxurious campaign in the history of the United States.

#DonaldTrump “I Will Be President.” Get the story on #RocksDigital #MoData

#DonaldTrump and @Omarosa together again? Find out on #RocksDigital

Natalie Gould is VP of Content Mgmt at Advice Interactive and active blogger. Always curious, live for food and laughter.