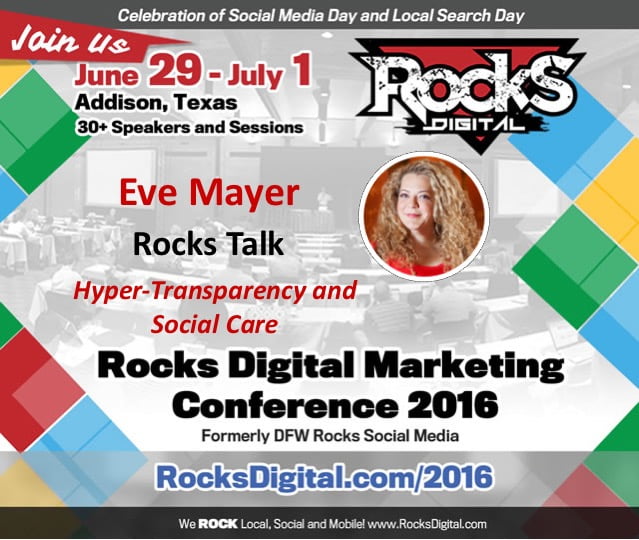 Eve Mayer was recognized by Forbes in 2013 as the seventh most Influential Woman in Social Media and the 14th Most Influential Person in Social Media. CNN named Eve one of the 8 Women to follow on Twitter in 2013. Eve is CEO of Social Media Delivered and the author of “Social Media for the CEO” and “The Social Media Business Equation” and speaks to corporations and universities worldwide. Known as the @LinkedInQueen, Eve is one of the leading authorities on leveraging Linkedin to grow sales for B2B organizations. She has written and/or been featured in Forbes, Dallas Business Journal, Huffington Post, Entrepreneur Magazine, Vistage, American Express Open Forum and CNN.

Eve is known as @LinkedinQueen because of her knowledge of leveraging Linkedin for B2B sales and recruiting, and Klout even ranks her as the 2nd Most Influential Person on the subject of LinkedIn, only behind LinkedIn itself. Eve has been nominated for numerous Women Owned Business Awards in the past few years, in recognition of her achievements.

Social Media Delivered is a company that leverages the power of LinkedIn, Twitter, YouTube, blogs, Google+, Pinterest and Facebook with proven strategies based in Dallas and Austin Texas and Paris, France with clients in the US, Canada and Europe.

Some call it community management, some call it social care but more and more customer service front lines are moving to social media. This session will address real business examples of hyper-transparency, where companies choose to engage online with real clients and prospects using the shocking truth. Consumers or sick of the canned crap and want to build relationships with companies that respond within minutes with apologies, solutions, humor and human connection. Is your brand ready to get real?

During this Rocks Talk you’ll hear: 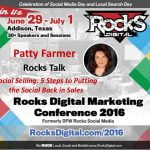 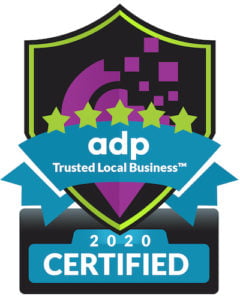