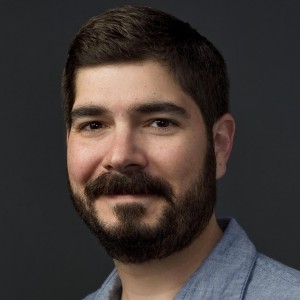 How to Make Your Online Presence Rock

Social media and music belong together. After all, some of the most followed social media accounts on the planet belong to musical artists. But what about the artists not on the same level as Justin Bieber, Katy Perry, or Taylor Swift? Does social media have something to offer emerging or local artists without teams of assistants or fashion advisors to help craft their online presence? I’m happy to report the answer is “yes”!

Let me share some tips and tricks to share local or emerging artists trying to build an online presence. But first, I have a couple of assumptions. I’m going to assume you don’t have a million-dollar budget, or maybe not even enough to pay for a website. It’s ok, I’ve been in bands in that same situation. It’s possible to build a good online presence to connect with fans and share your music with very little money, or sometimes with none at all. Let’s dive in.

Yeah, to have a good presence online you need to be active. But where? There are a lot of websites and social media networks to choose from. Do you need to be on all of them? Who has the time? What should you post?

Relax. Start small, and cover the basics. Ask yourself, where are my friends? What networks are other bands or artists I know using? Start there. Chances are Facebook, Twitter, and maybe Snapchat or Instagram are first on the list.

Just make sure you set up a Facebook PAGE, not a personal profile. That’s because your fans won’t necessarily feel comfortable sharing their personal lives (as friends) with you. And secondly, when you’re ready to advertise, you’ll have many more options with a page.

Now that you have some accounts set up, what do you share? Obviously, you want people to know about your music or upcoming gigs. But be careful not to just broadcast promotional stuff. That gets old. Think about companies that only post stuff to Twitter talking about their products or trying to get you to buy stuff. You hate that, right? Don’t be that guy.

Instead, be sure to share those real life moments of your band or you as an artist. Social media is great because it lets fans feel closer to their favorite artists and lets them see what happens during rehearsals, on the way to gigs, or while you’re recording. Capture those moments and share with your fans.

For example, Denton, TX, artist Jessie Frye is great at this. She’s constantly sharing tweets or Snapchat stories of songwriting sessions or getting ready for her gigs while speaking directly to her fans. Seattle singer Shaprece also does a great job with this. She’s always sharing small snippets of her life and backstage moments with her fans, from weekend camping trips to preparing for recent performances with the Seattle Symphony or singing the National Anthem at a Seahawks game.

The great thing about this kind of posting is that it doesn’t scream “COME TO OUR SHOW PLEASE!” but it’s showing current and potential fans that yes, you are an active artist on the move and they might be left behind if they don’t jump on that bandwagon. Over time, the more you share and the more fans join you, the more you’ll learn what you want to share and what your fans want to see from you.

Another idea is to turn the focus on your fans. No one follows artists who think they’re entitled to your adoration (well, except for Kanye). Fans love to see artists who reciprocate the love. For example, take Midlake’s McKenzie Smith. When on the road, Smith takes a shot of each night’s audience from behind his drum set and posts it online with a caption thanking the fans in attendance.

Get The Music Out

While the main social media networks shouldn’t be ALL about promoting, there are some great websites and services to help with doing just that. One of the biggest sites might be one of the less obvious ones: YouTube. Sure, it’s mainly a video platform, but it’s also the world’s second largest search engine, right behind Google. Many bands and artists have utilized YouTube as a music service, too. You can just convert your audio files to videos with your album cover or band photo as a static video image, and create playlists from that.

Ok, you’re set up on a couple of social networks, you have a profile or two with your music up on a couple of services, and maybe you’ve even started gaining some followers. So, now what? Here’s where we’ll do a little planning. Get out a pencil and paper and make two lists.

For list one, write down the names of other local/regional musicians and bands you want to connect with or already know. Then on the second list, write down any local radio stations with local music shows or programming and any local or regional publications or music blogs.

Next, take those lists and find all of those people on the various social networks you joined. Follow them from your band or artist profiles. Then, begin engaging them. But, remember, don’t just promote. Don’t just force your music on them, especially if you don’t know them or they don’t know you.

Last, but certainly not least is getting to know them. Watch what they post about, then very naturally jump in to the conversations. Be human and build a relationship. Then, you won’t have to worry about forcing your music on them, they’ll naturally be interested in it. They’ll write about you. They’ll play you on the radio. Eventually, you’ll make a million dollars. Ok, maybe not that. But you’ll build very valuable contacts and a great network.

This is by no means an exhaustive list—but I didn’t want to scare you off! I hope it gives bands or artists looking to build an online presence with little or no money a place to start.

If you are an emerging bands or artist, what did I miss? What worked for you, or didn’t? Hit me up on my website and let me know your thoughts.

Andy is the Director of Digital Marketing for Santander Consumer USA, co-host of After Hours Podcast and a recovering musician. He tweets way too much, and enjoys a fine cocktail.