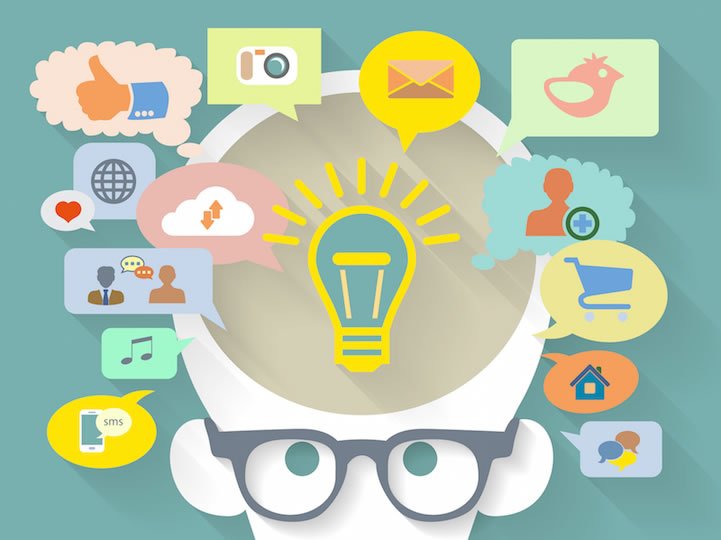 Your Brain On Social Media

Most people don’t actively think about the positive and negative effects that social media can have on their mental state – they just enjoy their time participating on Facebook, Twitter, Instagram and other networks.

Have You Thought About Your Brain on Social Media?

Social media offers an easy and relatively unobtrusive way to connect with friends, family and acquaintances – and anyone you would like to get to know who may not otherwise be accessible to you. There plenty of other good reasons to actively participate on social networks as well – but is also important to keep in mind how social media can affect one’s brain. View the infographic

Positive Effects of Social Media on Your Brain

Notifications from various social networks serve as “reward cues” that can trigger strong feelings and encourage an immediate response. Also known as the dopamine effect, self-disclosure (or selfies) and getting comments, Likes, Favorites, and more on social media can trigger a spike in dopamine (the hormone or neurotransmitter that controls the brain’s reward and pleasure centers) and therefore the associated good feelings.

According the the Education Testing Service, advancements in media -assisted learning and interactive game playing have greatly impacted how the world is able to learn, breaking communication barriers across cultures at the same time.

In a study conducted by Medical News Today, researchers found that the people who are more likely to use social networking sites are those who tend to feel anxious and are more socially insecure. In the same study, those who had positive feedback about their posts, images and videos on these networks showed improved self-esteem and a stronger activity in the “reward” processing area of the brain.

Negative Effects of Social Media on Your Brain

Considering the fact that more than 47% of people spend more time updating their social networks than organizing their personal finances, it’s not surprising to hear that social media has also had a huge impact on the spending habits of consumers. With the number of video ads and in-game purchases social networking sites have today, it can be difficult to resist making impulse purchases.

There is no doubt that the Internet is packed with more information than we could ever hope to remember, and even a typical social media browsing session can lead to information overload. According to a professor of computer science at Sweden’s KTH Royal Institute of Technology, Dr. Erik Fransen, the brains of individuals who are constantly surrounded by streams of electronic information find it more difficult to pay attention and multitask efficiently.

In the end, it’s up to you to decide how much you want to embrace social media as a part of your life. If you only find yourself checking Facebook or Twitter during certain times of the day, make sure to maintain a personal time limit and analyze your social media habits.

I’m going to control how social media affects my brain! Join Me. Read WHY on #RocksDigital

Dave Landry Jr. is a guest author and business journalist who often enjoys sharing his research and knowledge as a guest author. In addition to covering the impact of social, his writing also covers business communications, virtual technology, and finance management. Follow him on Twitter (@davelandryjr) to find more of his writing.

Next article - Time for Wellness Check: Your Business Web Presence Check That Is! »